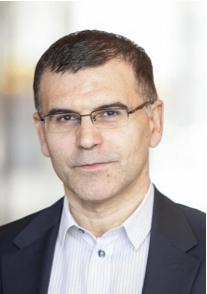 Simeon Djankov is currently a senior fellow at the Peterson Institute for International Economics. Until April 2020, he held various positions at the World Bank including Director, Development Policy in DEC, Senior Director in the Office of the Chief Economist (DECCE); Executive Director, Financial Markets Group, at the London School of Economics. He also served as Deputy Prime Minister and Minister of Finance, Republic of Bulgaria for 2009 to 2013; and as Chairman of the Board, European Bank for Reconstruction and Development in 2013-2014. Early in his career, he joined the World Bank Group as a Young Professional in 1997 and held other positions including founding the Doing Business project. Mr. Djankov holds an M.A. and a Ph.D. in Economics from the University of Michigan.

Michael Klein is Senior Adjunct Professor at the Johns Hopkins School of Advanced International Studies in Washington D.C. Michael worked at the World Bank (1982 - 2009), most recently as Vice President for Financial and Private Sector Development for the World Bank Group as well as Chief Economist, International Finance Corporation. He was Chief Economist of the Royal Dutch/Shell Group (1997-2000) and headed the unit for non-OECD economies at the OECD Economics Department (1991-93). Before joining the World Bank, Michael was active in Amnesty International and served on its German Board (1977-79) and International Executive Committee (1979-82). Michael studied in Bonn, New Haven and Paris and received his doctorate in economics from Bonn University, Germany.

Caralee McLiesh was recently appointed as Chief Executive and Secretary to the Treasury of New Zealand. She was the program manager and co-founder of the Doing Business project. After joining the World Bank as a Young Professional in 2000, she worked in the research group as a principal author on the World Development Report 2002, and then with the Middle East and North Africa region. Prior to joining the World Bank she held positions with the International Red Cross in Botswana and Bosnia-Herzegovina, and with the Boston Consulting Group. She holds a PhD in finance from the University of Melbourne and a bachelor's degree in economics with first class honors from the Australian National University.

Feedback has been successfully submitted.